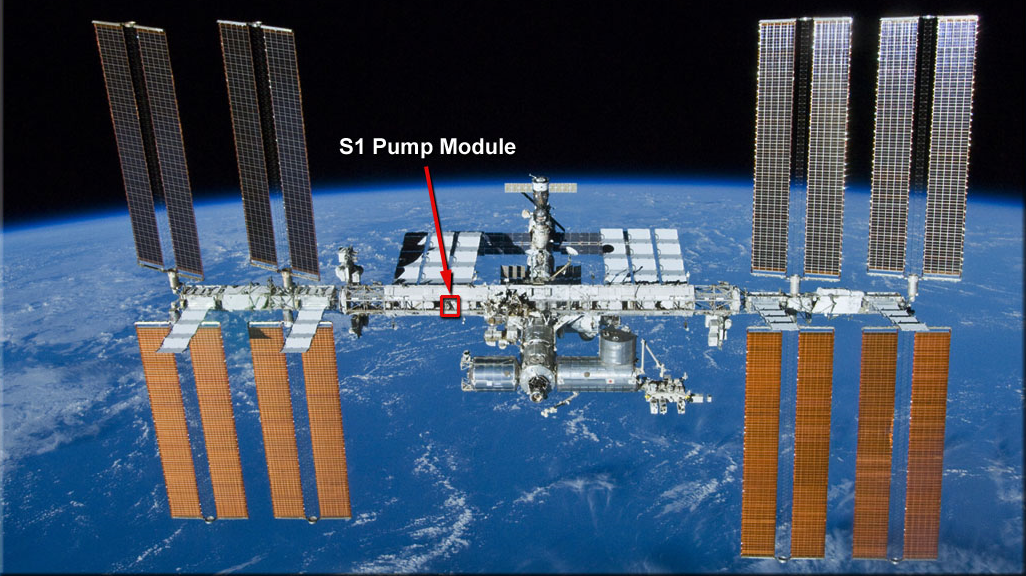 
In mid-December 2013, “the pump module on one of the space station’s two external cooling loops automatically shut down when it reached pre-set temperature limits. These loops circulate ammonia outside the station to keep both internal and external equipment cool.”[ii] During a pre-Christmas news interview, astronaut Doug Wheelock said that on “Christmas morning we [hope to] find a new pump module under the Christmas tree on the Space Station.”[iii]  Finally, on Christmas Eve, NASA reported “Following two spacewalks to replace a degraded pump module on the truss … of the International Space Station, flight controllers in the Mission Control Center at NASA's Johnson Space Center in Houston successfully restarted the new pump….”[iv] Clearly, the need for a spare part can happen to any system, anywhere, at any time!

So, how did ISS engineers know what spare parts might be required to perform an emergency on-orbit cooling system repair?
In a previous posting, reparable items were defined as “high-cost items that are not consumed in use. It is often mechanically and economically feasible to repair these items … [which] retain their identity when in use….” The ammonia pump module that the ISS astronauts needed certainly qualifies as a reparable item.
A reparable item exists and operates in a 3-dimensional environment; it has a length, width and height. Further, you can disassemble a reparable item into its constituent components which can also be characterized dimensionally.
The technical data for complex systems (such as the ISS cooling system) are traditionally stored and maintained in some combination of paper and digital formats. An illustrated parts breakdown (IPB) is typically used to portray an item and its components, and “contains information required for ordering parts, including stock numbers, and for identification of parts and arrangements of parts in assemblies.”[v] Figure 2 is an example of a reparable item and its components as they would be represented in an IPB.[vi] 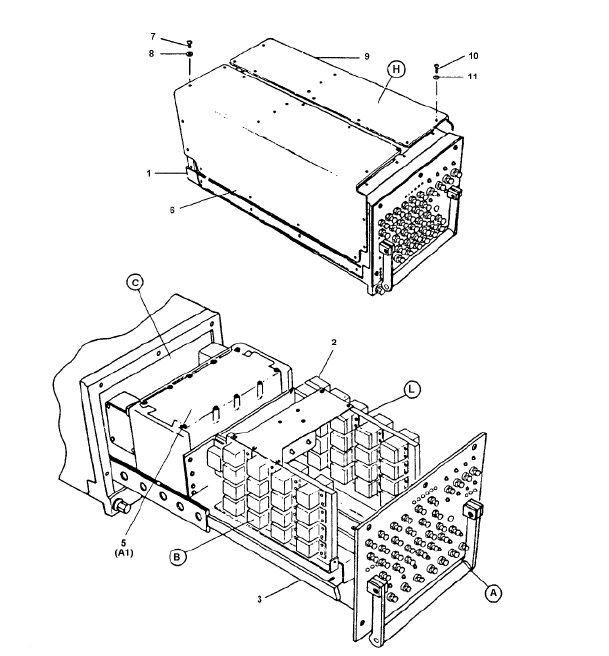 What is a bill of material?

The IPB essentially portrays an item’s 3-dimensional physical form as a technical drawing. The challenge, of course, is in translating an item’s technical drawing into an analytical data structure that is better suited to readiness-based sparing (RBS) computations. Figure 3 is a very simple example of the beginning of this process where a 3-dimensional cube is translated (essentially “unfolded”) into a 2-dimensional perspective. 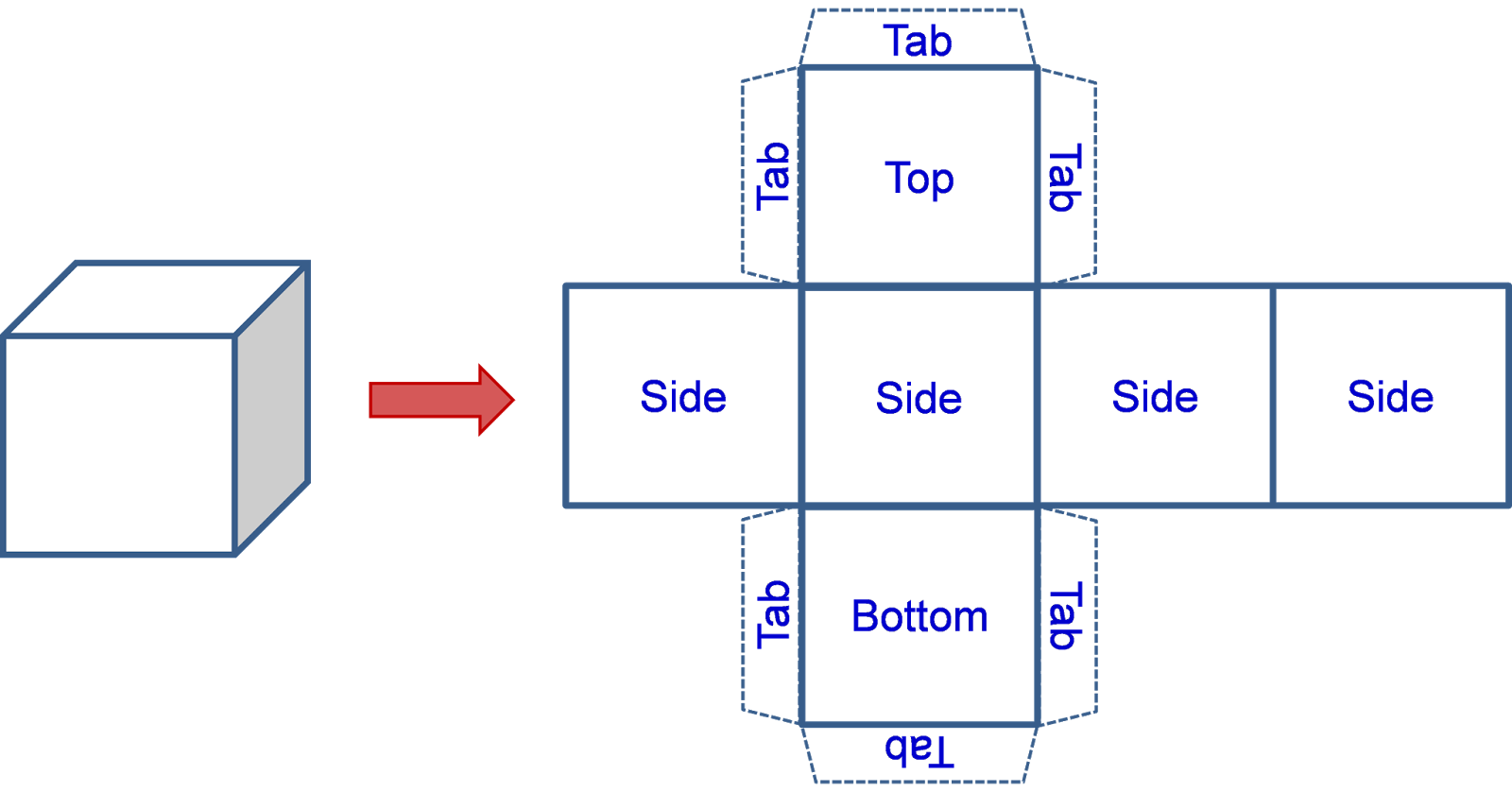 Figure 3 – Example of translating a 3-dimensional object into a 2-dimensional perspective
A bill of material (BOM) is used to represent a physical item in an analytical database which lists “all [of] the subassemblies, intermediates, parts, and raw materials that go into a parent assembly showing the quantity of each required to make an assembly.”[vii] Figure 4 is an example of a BOM for the cube in Figure 3, listing the end-item (indenture 0), sub-assemblies (indenture 1), and components (indenture 2); along with any multi-unit quantities (in parens).

Figure 4 – Example of a Bill of Material

So why is knowing the indenture important?

Let’s consider the term indenture a little more carefully.  An indenture is “used to indicate an order of dependence when items are broken down into assemblies, subassemblies, components, and parts. A lower indenture item is a part of the next higher assembly.”[viii] In the logistics vernacular, indenture level 0 is the end-item (or system), level 1 items are referred to as line replaceable units (LRUs), and level 2 items are referred to as shop replaceable units (SRUs). The terms LRU and SRU derive from where items at these indenture levels are used. For example, failed LRUs are removed and replaced by flight line maintenance activities (working directly on the end-item) while failed SRUs are removed and replaced by back shop maintenance activities (conducting repairs of LRUs).[ix]
In readiness-based sparing, the term indenture is also used to describe how many BOM levels are explicitly considered in an inventory optimization. Muckstadt [x] is recognized as developing an early, if not the first, reparable inventory model that accounted for the differential system impacts between LRU and SRU shortages while optimizing spares levels.
If an RBS model has a multi-indenture capability, its selection process considers the position of the item in the system or end item's configuration. A first indentured item goes directly on the end item, while a second-indentured item goes on a first-indentured item. If an item is at the top of the hierarchy (i.e., is a first-indentured item), its impact on operational availability is more direct and consequently greater than if it is lower in the hierarchy (i.e., second-, third-, etc., indentured items). For example, a spare for a second-indentured item will reduce the repair time for its associated first-indentured item and that will, in turn, reduce the time the system or end item is not available when the first-indentured item fails. On the other hand, a spare for the first-indentured item will directly reduce that time.[xi]
When a readiness-based sparing model optimizes spares stockage at just the LRU-level, it is referred to as a single-indenture optimization.  However, if the optimization extends beyond the LRU to include the SRU-level (or even indentures below that), the model is referred to as a multi-indenture optimization.
This brings us back to NASA, the pump, and the ISS ammonia pump module.  For NASA, its LRU-equivalent is called an orbital replacement unit (ORU).  “Orbital replacement units are parts of the main systems and subsystems of the external elements of the ISS…. ORUs, can be hardware such as radiators, or simply batteries or communication antennas. Essentially any element [on the ISS] that can readily be removed and replaced when required.”[xii]
As noted in a U.S. Government Accountability Office report, the “ISS is composed of about 1,000,000 pounds of hardware brought to orbit over the course of more than a decade.” [xiii] This mass can be divided into two general types of hardware:
(1) primary structures, i.e., the external trusses which serve as the backbone of the station and the pressurized modules that are occupied by the ISS crew, and (2) functional systems composed of orbital replacement units (ORUs), i.e., system components modularized to support simple on-orbit replacement.[xiv]
Figure 5 shows a replacement pump module in storage prior to its retrieval and installation during an August 2010 spacewalk. 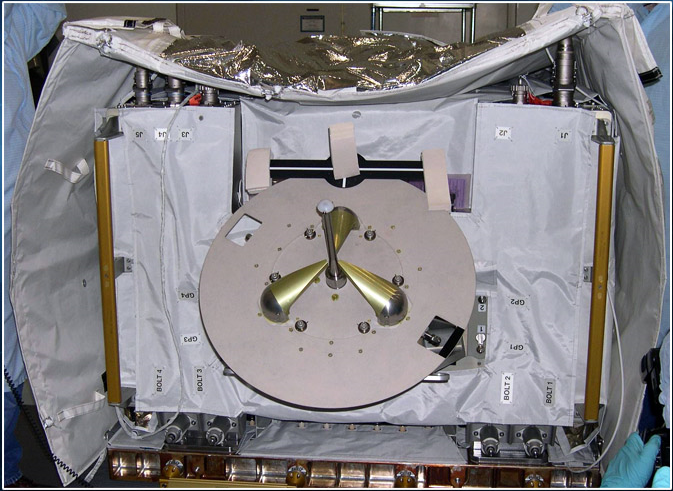 The tendency of systems is to evolve towards ever greater complexity (and specialization) over time—be it aircraft, automobiles, ships, computers, or the like. RBS needs to make this complexity analytically-tractable; that is, translating complex, 3-dimensional physical items into a 2-dimensional representation called the BOM.
The accuracy of a BOM is dependent not only on its completeness in terms of capturing the many components and sub-components of a system, but also on how well it identifies the quantities of each item as well as their position with regard to the system’s indentured relationships.  As we’ll see in later postings, each of these dimensions of BOM accuracy is critical to RBS computations and their resulting stockage recommendations.
In future postings, we’ll take a comparable look at another important RBS model characteristic – how to represent reparable supply chains and account for their echelon support structures.

On 7 May 2014, I attended the Charles A. Lindbergh Memorial Lecture at the Smithsonian Institution’s National Air and Space Museum in Washington, DC.[xvi] Prior to Mr. Norman Augustine’s formal lecture, the IMAX® film Hubble 3D was shown. This is an excellent film which documents the space shuttle’s Hubble Space Telescope servicing mission STS-125 in 2009. The film shows astronauts going on several spacewalks to replace ORUs on the Hubble Space Telescope and gives viewers a good appreciation for the challenges of maintaining complex equipment in space. The movie trailer provides a nice summary of the show and can be found at http://www.youtube.com/watch?v=WIgdxNo8n0k.